Cherokee County may not be a very cosmopolitan county, and Blacksburg may be a very small town, but neither has ever had any difficulty producing talented artists. Our region has produced talents in film-making, paints and pencils, crafting, music, fictional hometowns for TV show characters, and in print. It has recently been brought to my attention that we have another author among our crop of local artisans named Christopher G. McDaniel.

Mr. McDaniel was born and raised in Blacksburg within the 99 Islands community bordering Cherokee Falls. His Mother and Father still live there to this day in a historic wood cabin that was built around 1873. He moved to Atlanta, Georgia to pursue an education and later moved to Jupiter, Florida to start a family and progress in his career.

While in Florida, Mr. McDaniel began to write. He wrote, edited, and published two themed thrillers about a near-mythical team of seaplane crew members called the Krewe of Jupiter. In his first novel, Nautical Contraband, the crew of the Lady Orleans seaplane must contend with pirates and solve an age-old mystery. In his second novel, Rhumb Line Bend, they become involved in the exploits of a rum runner, the jungle wilderness of Florida, three converging hurricanes, and local indigenous tribes. From what I understand, there is a third novel titled, DeUmbria, that will be released shortly.

But it’s the fourth novel that will be of the greatest interest to us here in Blacksburg. As of yet, it’s working title is, 99 Islands, and the plan is that it will be a mystery thriller like the rest of Christopher McDaniel’s work. One of the exciting features of the new book is that it will have it’s settings here in Blacksburg, and may even include some local history and lore.

There is no official date to the 99 Islands release. We will have to be patient and wait for our author to finish. I myself grew up on 99 Island Road, so I can hardly wait to see what he has written about it. In the meantime, I will get to know his writing better through his existing novels, and I encourage other Blacksburg natives to support his writing as well. 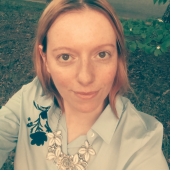 Revival In The City

Christmas on the Square